When it comes to food, much attention is paid to “what” we eat—whether it’s organic, gluten-free, whole, or processed—and rightfully so; the nutritional value of the foods we consume significantly influences our trajectory of health and disease. And yet, the effects of foods extend beyond their inherent nutritional value. The way food is prepared changes its healthfulness.

Small amounts of grilled meat are likely just fine to consume, but for people with a history of cancer and/or high consumption, there are some red flags to consider. Research suggests that meat, including beef, pork, poultry, or fish, may form carcinogenic chemicals called heterocyclic amines (HCAs) and polycyclic aromatic hydrocarbons (PAHs) when charred or cooked over high heat, as on a grill.1 As well, when fat drips into the grill, the resulting flames can cover food with PAHs.2

In animal studies, these chemicals have been found to damage DNA, causing nucleotide alterations and gross chromosomal aberrations, increasing the risk of cancers of the mammary glands, lung, colon, and prostate.3-7 A number of epidemiological studies have evaluated the association of well-done meat intake and meat carcinogen exposure with cancer risk. As summarized in a 2009 review, these studies suggest that high exposure to meat carcinogens, particularly HCAs, may increase the risk of human cancer.8 A 2011 population-based case-control study suggests that the consumption of red meat cooked at high temperatures is associated with increased risk of advanced, but not localized, prostate cancer.9 However, other studies have found no association with risks of colorectal10 or prostate cancer.11

In 2015, an independent panel of experts convened by the International Agency for Research on Cancer (IARC) determined the consumption of red meat to be “probably carcinogenic to humans,” based largely on data from the epidemiologic studies and on the strong evidence from mechanistic studies.12 However, IARC did not conclude that HCAs and PAHs were associated with cancer incidence.12

HCAs are formed when amino acids and creatine react at high temperatures.1 PAHs are formed when fat and juices from meat grilled directly over a heated surface or open fire drip onto the surface or fire, causing flames and smoke. The smoke contains PAHs that then adhere to the surface of the meat. PAHs can also be formed during other food preparation processes, such as the smoking of meats.1

Inhalation may also contribute to PAH risk, dependent on the degree of exposure.13 As well, PAHs may be absorbed through the skin. Interestingly, in a 2018 case study in China on the carcinogenicity of PAHs, researchers found that in the case of barbeque fumes, dermal absorption was a more important pathway for intake of low-molecular-weight PAHs than inhalation.14

What steps can patients take to improve the healthfulness of grilled meats? The IFM Toolkit contains “A Guide to Grilling Foods,” which can be freely downloaded and printed for distribution in the office. It includes some of the following information:

Per- and polyfluoroalkyl substances (PFAS) are a group of chemicals that have been used in a variety of everyday products since the 1950s, including perfluorooctanoic acid (PFOA), perfluorooctanesulfonic acid (PFOS), GenX, and others.15 PFOA and PFOS have been the most extensively produced and studied of these chemicals. Both chemicals are persistent in the environment and in the human body, and some studies suggest that exposure to PFAS may lead to adverse human health effects, including:

PFOAs have been used for a variety of purposes, including nonstick pans for cooking (like Teflon).16 (In the US, Teflon pans have been PFOA-free since 2013). However, this is not the case with all non-stick pans produced worldwide, and PFOAs may also persist in the environment, particularly in soil and water.16

At high doses, in mammalian animal studies, the ammonium salt of PFOA produced altered weights of the liver, kidney, thymus, and spleen; hepatotoxicity; endocrine and immune effects; and, in offspring, growth retardation and delayed sexual maturation.17,14

However, the relevance of animal (primarily rodent) data for humans is controversial:20

“In animals, PFOA is a strong peroxisome proliferator in the liver, and this proliferation has been shown to alter lipids, liver enzymes, and liver size,” writes Steenland et al in Environmental Health Perspectives. “Peroxisome proliferation and the resulting activation of a nuclear receptor have also been proposed as a mechanism for tumor induction and for the immune and hormonal changes seen in rodents. However, it is not known if this mechanism is relevant to humans, where peroxisome proliferation is generally less apparent. Furthermore, new observations question whether this mechanism is specifically relevant to liver carcinogenesis in rodents. This issue remains a subject of active investigation.”20

Two cross-sectional human studies observed a negative correlation of birth weight with serum levels of PFOA.21,22 Much of the research that suggested the harmful effects of elevated levels of PFOS and PFOA in humans comes from an environmental study of more than 60,000 people that was created in 2005 as part of a settlement agreement.20 This was sparked by a series of lawsuits in 2001 and 2002 that accused the DuPont chemical company of contaminating drinking water in the Ohio River Valley.23,20

That research found that people who’d been exposed to higher than normal levels of PFOA had an elevated risk of high cholesterol, ulcerative colitis, thyroid disease, testicular cancer, kidney cancer, and pregnancy-induced hypertension.23

Another study in 2013, investigating the relationship between PFOA exposure and cancer among residents living near the DuPont Teflon manufacturing plant in Parkersburg, West Virginia, suggests that higher PFOA serum levels may be associated with testicular, kidney, prostate, and ovarian cancers, as well as non-Hodgkin’s lymphoma.24

To avoid PFOAs during meal preparation, patients can consider cooking with stainless steel or cast iron. IFM has a wealth of information for clinicians to use as reference when talking to patients about chemicals and food preparation. For IFM members, these materials are printable and can be distributed to patients in the office: Non-Toxic Choices for Food Preparation, Cookware, and Dishes; A Guide to Cooking with Fats and Oils; and Cooking to Preserve Nutrition.

It is the nature of the world we live in that chemicals are literally all around us—in the air we breathe, the food we consume, and the items we use for everyday life—but armed with knowledge, people can make choices that limit their exposure. We have learned a great deal in recent years about how toxins affect us, where they originate, and how to improve our ability to detoxify in a toxic world. Understanding toxicity and taking practical steps to improve biotransformation and elimination of toxicants are essential and critical pieces in any integrative approach to your patients’ health and well-being.

To learn more about toxins in our environment, consider the following IFM-authored articles:

Read about the human health effects of exposure to pesticides

How do herbicides and insecticides impact human health? 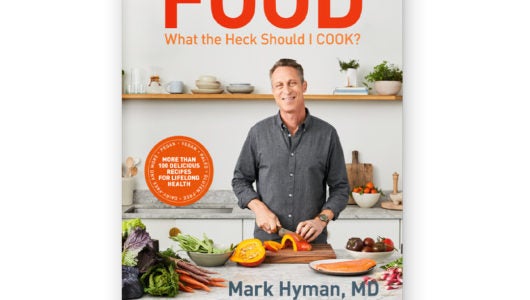 IFM Board President of Clinical Affairs Mark Hyman, MD, is releasing a new cookbook entitled Food: What the Heck Should I Cook? The book focuses on a few key principles from the pegan (paleo/vegan) diet and helps readers learn how to create health by cooking with real whole foods. 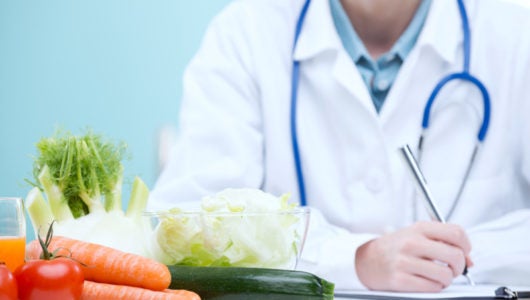 One Clinician's Approach to Asthma 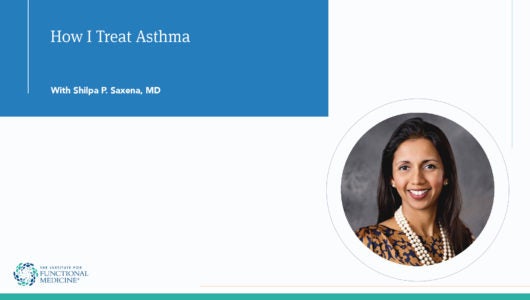 In Functional Medicine, the concept of antecedents, triggers, and mediators underpins the treatment approach. For patients with asthma, Shilpa P. Saxena, MD, shares how understanding the triggers can lead to enormous improvements in health.