Female reproductive health may be affected by a wide range of chemicals present both in the environment and within consumer products. Called endocrine-disrupting chemicals (EDCs), these substances have been linked to an increased incidence of early puberty, pregnancy length disorders, and other reproductive health abnormalities.1 In 2012 alone, the US produced 9.5 trillion pounds of EDCs, which are embedded in products such as pesticides, plastics, chemical drugs, and even personal hygiene products.1

EDCs can be grouped according to their origin as follows: industrial (e.g., dioxins, polychlorinated biphenyls [PCBs], and alkylphenols), agricultural (pesticides, insecticides, herbicides, phytoestrogens, and fungicides), residential (phthalates, polybrominated biphenyls, and bisphenol A [BPA]), and pharmaceutical (parabens); even heavy metals such as cadmium, lead, mercury, and arsenic may be included in the list of EDCs.2 The most common exposure pathways are through inhalation, food intake, and direct contact.2

Research suggests that women ages 18 to 34 are more likely to be heavy buyers of personal care products, purchasing more than 10 types of products a year.4 What’s more, these women and their children may experience heightened vulnerability to these environmental chemicals if the products are used during sensitive periods of development such as preconception or pregnancy.5

In an analysis of National Health and Nutrition Examination Survey (NHANES) data, increased levels of phenolic 2,5-DCP from dichlorobenzene (DCB), a common fumigant, correlated with earlier menarche in girls aged 12-16.6 The researchers measured a single chemical, but there are hundreds of known endocrine disruptors in our everyday environment. In a different analysis of NHANES data, 15 known toxicants were identified as contributors to early menopause in women7 while other EDCs have been linked to earlier menarche.6 Polycystic ovarian syndrome (PCOS) has also been associated with EDC exposure, particularly bisphenols.1,2,8

Toxins have been known to be endocrine disruptors, and what that means is that these toxins are estrogen mimetics—they act like estrogen, but they are dysfunctional hormones. As a result, they get in and they start changing things like metabolism; they start binding to receptors and upregulating things that perhaps shouldn’t be upregulated.

In the following video, Dr. Minich discusses her concerns about endocrine-disrupting chemicals.

Exposure to bisphenol A (BPA) is ubiquitous, with more than 90% of Americans having traces of BPA in their bodies.9 In fact, the first endocrine-disrupting chemical (EDC) identified in 1936 was BPA; later, in 1950, it was discovered that BPA could be polymerized for the manufacturing of plastics.10 The United States Environmental Protection Agency has established a safe level of 50µg/kg/day, and the European Food Safety Authority has established a tolerable daily intake below 4µg/kg/day;1 however, data from the literature suggest that exposure to BPA, even at low doses, may result in adverse health effects, particularly among pregnant women.10 These may include:

Because bisphenol molecules have an effect similar to estrogens, they may influence hormonal regulation and the activity of estrogen receptors.12 Bisphenols may also negatively influence oocyte maturation, spermatogenesis, and the development of the reproductive system. A 2019 review of the research literature suggests that bisphenol S (BPS), which has now been used to replace BPA in many products, may have comparable negative effects on reproduction and may cause severe fertility disorders.12

BPS is an industrial alternative to the endocrine disruptor BPA and may be found in some products labeled “BPA-free.”12 Data on current human exposure levels of BPS and bisphenol F (BPF), which is also being used to replace BPA, is reflected in NHANES 2013-2014 data.13 BPA, BPS, and BPF were detected in 95.7, 89.4, and 66.5% of randomly selected urine samples, respectively, indicating that exposure of the general US population to BPA and its substitutes may be nearly ubiquitous. According to the European Chemical Agency, 1,000 to 10,000 million metric tons of BPS are manufactured or imported annually to the European Economic Area alone.13

In humans, Lee et al observed associations among high urinary BPA levels and increased serum levels of testosterone, estradiol, and pregnenolone in girls diagnosed with precocious puberty.11,14 In particular, a correlation was observed between estrogen metabolism and BPA levels irrespective of the type of precocious puberty; the correlation, however, does not imply causation.14 In another compelling study, serum BPA concentrations were higher in women diagnosed with PCOS compared to women in the healthy groups.15 In addition to PCOS, higher BPA levels have been associated with an increased risk of developing ovarian failure, infertility, and fibroids.3

BPA is known also to cause adverse reproductive outcomes in non-human animals.11 Specifically, it has been demonstrated that BPA disrupts the HPG axis in mice, rats, and zebrafish.11 An interesting 2018 study found that in aquatic larvae of C. riparius midges, the general transcriptional profile of several genes were affected after 24-hour exposure to BPS, especially those involved in endocrine and biotransformation pathways.12 The study suggests that BPS activated the transcription of genes encoding nuclear receptors, concomitant with an increase in expression levels of other genes involved in the hormonal pathway mediated by ecdysone, indicating that BPS may be acting as a hormone agonist.16

Educating women about EDCs, including guidance about potentially problematic ingredients in personal care products, may help reduce exposure. Research suggests that many people are unaware of the sources of endocrine disruptors; in 2017, Rouillon et al reported that in France, 54.0% of pregnant women or those in the postpartum period were unaware of endocrine disruptors and had limited knowledge about potential sources of exposure.17,18 A randomized intervention trial for female college students in the United States effectively reduced exposure to BPA by promoting improved hygiene habits and the use of BPA-free cosmetics and glass food and water containers.17,19

In addition to education, improving biotransformation and aiding in the elimination of toxicants may also assist in fertility and possibly overall health. Food and nutrients that support liver biotransformation may help alleviate toxic burden, allowing the body to operate more efficiently and improve resilience. IFM’s Detox Food Plan benefits patients by helping them eat more of those foods that support pathways in the liver for healthy elimination, as well as reduce additional exposures to toxic compounds. In functional medicine, practitioners often utilize the phytonutrient-dense Detox Food Plan to support intestinal and liver function during the metabolic detoxification process.

Functional medicine clinicians guide patients on how to reduce their exposure to EDCs and develop and organize individual treatment protocols to help the body deal with these toxicants using a multi-pronged approach that includes diet, nutraceuticals, botanicals, and behavioral interventions. 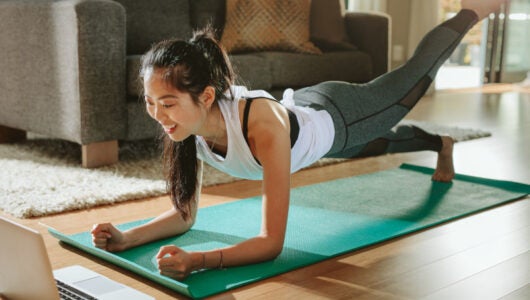 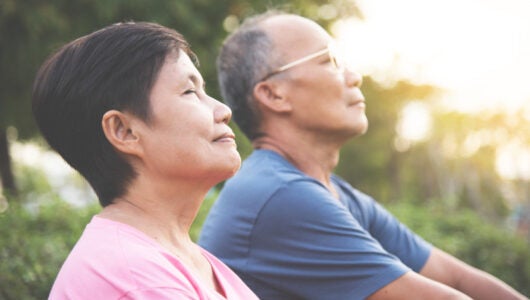 Menopause, Chronic Illnesses, and the Role of Nutrition