Emerging concepts are innovative ideas or interventions which are surfacing and hold potential for eventual adoption into clinical practice. IFM has a strong history of successfully identifying and accelerating the acceptance of emerging concepts. We are pleased to bring you this monthly update, to keep you in-the-know on exciting innovations in Functional Medicine.

Many clinicians are using ketogenic diets therapeutically for patients with insulin resistance and type 2 diabetes. While research into the safety and efficacy of the ketogenic diet for this purpose and others is ongoing, the incidence of diabetes continues to increase, intensifying the need to find effective treatments. This article examines the current state of the research and provides considerations for those who may be considering using ketogenic diets with their patients with type 2 diabetes.

What is a Ketogenic Diet?

A ketogenic (keto) diet, sometimes called a very low-carbohydrate diet, is a carbohydrate-restricted food plan in which carb intake is kept to between five and ten percent of dietary calories, with the balance consisting of relatively high fat and moderate protein intake. The source of this fat and protein may vary widely, from plant-based to primarily animal-derived. Originally designed in 1921 to treat epilepsy, the keto diet was used widely in pediatric patients for many years until the advent of anti-seizure pharmaceuticals.1

More recently, the diet has been studied as a method of weight loss, for prevention and treatment of neurological disorders, and as a therapeutic intervention for conditions related to insulin resistance, including polycystic ovarian syndrome (PCOS) and type 2 diabetes.2 While the data on the diet’s efficacy in these conditions is somewhat heterogenous, there are some general takeaways that clinicians can draw from this work and that may warrant consideration as a treatment in the right circumstances. 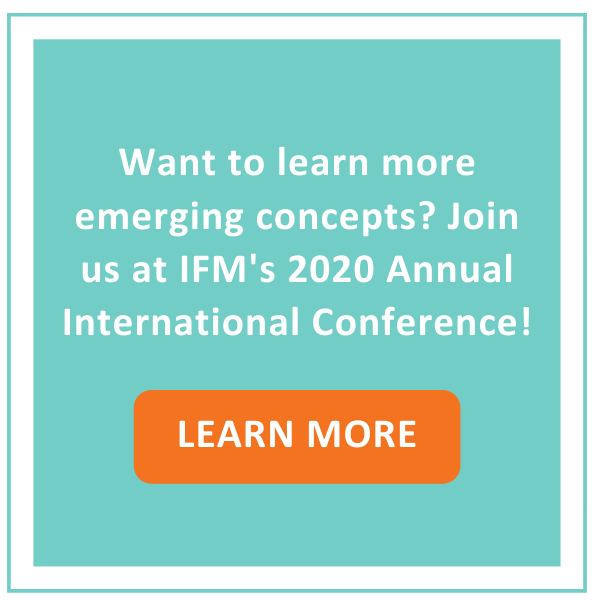 The biochemical rationale for ketogenic diets as therapeutic treatments stems from the fact that very low carbohydrate intake and the resulting low levels of blood glucose leads the body to release less insulin and instead use fatty acids and their metabolites, known as ketone bodies, as the primary energy source.1 During ketogenesis, not only are insulin and glucose levels reduced, but other hormonal changes may occur that can have positive impacts on physiology.

As long as the body is deprived of carbohydrates, it remains in a state of nutritional ketosis, in which small amounts of keto acids are effectively buffered in the blood. This is in contrast to the changes in blood pH that occur with ketoacidosis, a condition in which large amounts of acid cause life-threatening alterations in blood chemistry.1 Other potential biochemical benefits of ketones include their ability to cross the blood-brain barrier and serve as a fuel source for neurons, which otherwise run only on glucose, and their ability to decrease free radical damage and enhance antioxidant capacity.1

Research into the ketogenic diet and obesity began in the mid-1960s, and early results were mixed, although only a handful of studies were conducted, and they mostly used fasting as the comparison group.3,4 More recent research has pretty consistently found that low-carbohydrate diets (both ketogenic and non) lead to greater weight loss than other food plans, including low-fat diets.5,6

Ketogenic diets may also improve blood lipids, although the data here are mixed. In some studies, LDL cholesterol increased on a keto diet, though there was a wide range of variability among subjects (from no increase to a doubling of LDL levels).7 Other studies have found that keto diets may improve lipoprotein profiles,2 including several that have found significant decreases in triglycerides8 and increases in HDL cholesterol.9 Several more have found these benefits along with no change in LDL levels.10-12 Some studies have found that a ketogenic diet may allow patients to lower their use of diabetes medications or even functionally reverse their diabetes diagnosis.10,13

In obese and diabetic populations, almost every study of ketogenic diets has found improved glucose balance as measured by decreases in blood glucose levels and hemoglobin A1c, 11,14 weight loss, retention of lean muscle mass, and improvements in at least some blood lipids.8-12 Ketogenic diets may also be more beneficial for metabolism: studies have found that basal metabolic rate (BMR), the amount of calories the body burns at rest, does not decrease on a keto diet15 but may drop by as much as 400 kcal/day on a low-fat diet when compared to a very low-carb diet.16

Another food plan that relies on ketosis is intermittent fasting, in which a patient will fast for one or more days a week (or every day by prolonging the overnight fast), with the rest of the diet consisting of ad libitum eating. The idea here is that the body will enter ketosis temporarily, perhaps conferring some of the same benefits as prolonged ketosis. Intermittent fasting has been shown to lead to a reduction in body fat mass and improvement in metabolic parameters among patients with obesity and type 2 diabetes,17,18 but as of now, the published evidence for its use in these conditions lags behind the ketogenic diet.

So why are conventional guidelines not touting the use of ketogenic diets, both for obese and diabetic patients? There are still enough potential concerns about the diet and the body of research supporting its use in these populations, so much so that JAMA Internal Medicine recently published a Viewpoint decrying its use.19

While ketogenic diets have generally been found to be safe in the short term, one concern mentioned in this publication was all-cause mortality.19 In particular, two recent meta-analyses found that low carbohydrate diets were associated with a small increase in all-cause mortality.20,21 However, in one of these, the effect disappeared for those whose primary macronutrient source was plant-based rather than animal-based.21 On the other hand, a more recent prospective study, the Prospective Urban Rural Epidemiology (PURE) study, found the opposite: increased mortality with higher carbohydrate intake and lower mortality associated with higher fat intake, although this study was conducted across several countries, including many in which the main source of carbohydrates was refined; replacing these foods with almost anything is likely to be beneficial.22

Another potential issue with the keto diet is the mostly innocuous “keto flu” that may occur during the early days of the diet, in which patients may feel fatigued, feel weak, or experience GI disturbances.19 There is also a long list of relatively rare potential poor outcomes that mostly boil down to this: as with any dietary plan, there is an opportunity cost. By choosing to eat some things and avoid others, patients are missing out on any potential nutritive value of the foods that are not consumed. Not eating fruits, legumes, and high-fiber whole grains may be eliminating sources of many beneficial nutrients, and if patients and their clinicians are not mindful of the need to replace these nutrients, these rare side effects become more likely.19

One last concern is duration. Generally, ketogenic diets are not followed indefinitely, and no studies have been done on the safety of long-term, uninterrupted ketogenic diets. Patients usually follow a ketogenic diet for a minimum of two to three weeks and up to six to twelve months.1

While ketogenic diets have strict limits on the amount of carbohydrates consumed, there is considerable variation in the macronutrient distribution that forms the balance of the diet. Some incarnations focus on very high fat intake (with low protein), while others use more moderate levels of both fat and protein. While little research has directly compared high-fat keto versus moderate-fat keto, there is a theoretical basis for using a higher-fat version: limiting protein intake to less than one gram per pound of body weight prevents new glucose formation via gluconeogenesis;1 the amino acids from protein can be turned into glucose, but fat cannot.

On balance, there is pretty good evidence that keto diets in obese and diabetic populations lead to weight loss, improved glucose balance, reduced insulin resistance, and retention of lean muscle mass, as well as improvements in at least some blood lipids and probably also basal metabolic rate.

Functional Medicine recognizes the unique genetic and environmental history of each patient, thus no diet (nor any other treatment) will be right for all patients with a condition. Leaving aside potential adverse reactions for a moment, some patients may find a ketogenic diet hard to follow and so may have better success on a different dietary plan.

Regarding potential side effects related to nutrient imbalances or insufficiencies on the ketogenic diet, Functional Medicine clinicians of all types are well-suited to help prevent these issues. Explicit instructions on what to eat (not just what not to eat) and supplementation are key steps in the Functional Medicine therapeutic process. So is tailoring the treatment to fit the patient and assessing whether or not it is working properly. In carefully selected diabetic patients, and in conjunction with other established interventions with acceptable safety profiles, a personalized ketogenic diet may be an effective adjunctive intervention.