Emerging concepts are innovative ideas or interventions which are surfacing and hold potential for eventual adoption into clinical practice. IFM has a strong history of successfully identifying and accelerating the acceptance of emerging concepts. We are pleased to bring you this monthly update, to keep you in-the-know on exciting innovations in Functional Medicine.

EDCs are so prevalent in air, water, soil, and everyday products that they affect the majority of the world’s population. Bisphenol A (BPA), a commonly found EDC, was detected in 93% of the general population in the US.1 Furthermore, a December 2019 study estimates that exposure levels to BPA may be as much as forty-four times higher than previously thought.2 Chronic, long-term exposure to EDCs is thought to have widespread physical effects, including many effects beyond the reproductive system.

An expert panel convened in the European Union stated that “EDC exposures in the EU contribute substantially to obesity and diabetes, with a moderate probability of >€18 billion costs per year.”3 They specifically deemed this estimate “conservative.”

French scientists consider EDCs—especially persistent organic pollutants (POPs)—as a risk factor for insulin resistance.4 Understanding the epigenetic mechanisms of EDCs could inform lifestyle and other interventions that could reduce the risk of type 2 diabetes.

A focus on linking one EDC to one disease severely underestimates the disease risk from mixtures of EDCs. 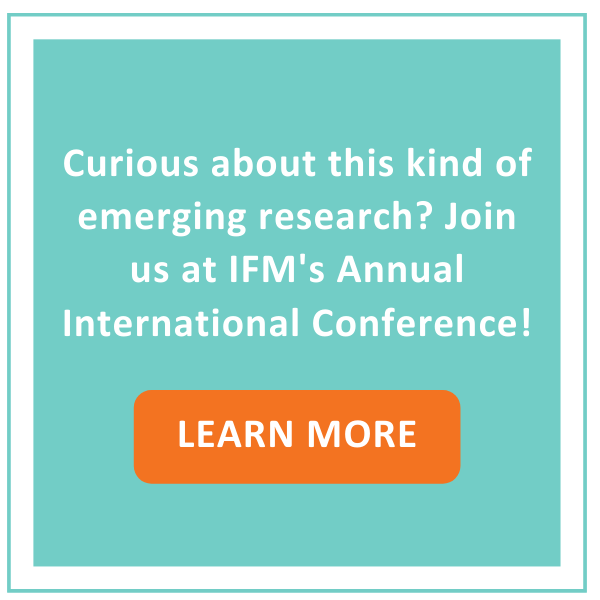 The National Institute of Environmental Health Sciences states that EDCs, including bisphenol A (BPA), are inhaled, ingested, or absorbed by the skin through contact with everyday products (plastic bottles, metal food cans, detergents, food, toys, cosmetics), flame retardants, and pesticides.11 Even kidney dialyzer equipment has been associated with high blood plasma levels of BPA.12

A 2018 meta-analysis concluded that “Bisphenol A exposure is positively associated with T2DM risk in humans.”13 In a case control study with 250 participants per arm, significantly increased urinary BPA and BPS were found in individuals with type 2 diabetes.14 This case-control study used log-transformed statistical and categorical models and correlated urinary concentrations of bisphenol AF (BPAF), bisphenol S (BPS), or BPA with T2DM.14 A 2019 French prospective case-cohort study followed 755 participants over nine years and found significant positive associations between urinary BPA and BPS exposure and type 2 diabetes—independent of traditional diabetes risk factors.15

BPA acts on pancreatic ß-cells, increasing glucose-induced insulin biosynthesis as well as the release of insulin.16 In healthy, non-obese adults, oral administration of BPA has been shown to rapidly result in dysregulated glucose responses.17,18

Lipophilic EDCs present unique challenges, as they persist in the body in fat cells and can take decades to break down. One lipophilic EDC that has had widespread environmental exposure in certain populations is dioxin. Dioxin was used as “Agent Orange” by the US Air Force from 1961-1971. Soldiers with high exposure later had a greatly increased risk of type 2 diabetes. Other industrial accidents, occupational exposures, and high-dioxin environments have also been linked to increased risk of type 2 diabetes.20

Although its use has been severely reduced in the US in recent decades, dioxin breaks down very slowly, persisting in the environment.21 Studies associate dioxin with elevated diabetes or altered glucose metabolism risk.22

In males, EDCs can cause congenital malformations of the male reproductive system and decrease fertility.28 Increasingly, international studies show a positive association between environmental pollutants and declining male fertility.29,30

EDCs in the female body are associated with disrupted mammary gland formation,33 increased collagen fibers in the tissue stroma,34 and conditions of the reproductive organs, including the breast, ovaries, and uterus.35 BPA exposure is associated with polycystic ovary syndrome, high BMI, HOMA-IR,36 and altered bone metabolism.37

Lower insulin secretion in pubertal boys resulted from in utero exposure to monoethyl phthalate. Meanwhile, among peripubertal girls, insulin secretion and resistance were associated with di-2-ethylhexyl phthalate.41 Data from clinical studies is incomplete, inconsistent, and sometimes conflicting, preventing conclusive positive associations between pre- and post-natal EDC exposure and deformities or diseases. Because of the large gap of time between exposure (especially in utero) and disease onset, it is often difficult to prove a causal relationship.42

Caveats and Concerns With the Literature

These epidemiological studies usually focus on high levels of exposure, sometimes just once, rather than the long-term, low-level exposure most individuals are more likely to experience. But a cross-sectional study based on NHANES data found increased rates of insulin resistance in nondiabetic patients exposed to background POPs,43 while a previous study found “striking dose-response relations” between T2DM prevalence and serum concentrations of six POPs found in ³80% of the study population.44

In another study, pancreatic ß-cell dysfunction resulting in low insulin levels was seen in patients with high levels of organochlorine pesticides (OCPs), a low-dose POP.45 The patients’ insulin levels were ~30% lower than those with low OCP levels.45

Many chemicals have had few if any studies carried out to determine any association with T2DM. Additionally, because chemicals are often used in combination rather than singly, this synergism/potentiation effect can confound study results.

Differing methodologies, heterogeneous study populations, and residual confounding due to lifestyle and exposure to multiple chemicals are also faulted.46 The overall consensus is that larger, well-designed studies are needed to definitively state causality for the class of EDCs leading to increased type 2 diabetes diagnoses.

Summary: State of the Evidence

As the 2015 Endocrine Society Guidelines stated, “Although the weight of evidence in humans is adequate to suggest a possible link between EDCs and metabolic disorders, to establish a solid causality we need new studies, particularly with EDCs other than POPs, and including prospective intervention trials in controlled populations.”16

While many animal studies have accurately served as sentinels for disease development years later in adult humans, there are insufficient human studies for conclusive results. Evidence for an EDC-T2DM association is limited due to poorly constructed or no studies, and the mechanisms are just beginning to be understood. Despite these limitations, researchers feel there is sufficient evidence to drive national policies to reduce EDC exposure.

Reducing EDC exposure has minimal risk. Reducing plastic use, never microwaving plastic, avoiding lawn and garden treatments, using stainless steel water bottles, and other such behavioral changes are low cost and low risk, and may even reduce the risk of other conditions. At the very least, these behaviors may lower the inflammatory burden.

Specific to diabetes, in one study of NHANES data, patients exposed to DEHP (di-2-ethylhexyl phthalate) who received beta carotene had lower rates of insulin resistance.49 Serum carotenoids (a-carotene, b-carotene, a-cryptoxanthin, b-cryptoxanthin, lycopene, lutein, and zeaxanthin) ) correlated with reduced risk of PCB-related type 2 diabetes in another study.50 Other nutrients of interest are likely to emerge in upcoming years.