If you live in America, you are among some of the most stressed people in the world. Last year, Americans reported feeling stress, anger, and worry at the highest levels in a decade, according to Gallup’s 2019 Global Emotions report.1

In 2016, Tom Boyce, MD, chief of UCSF’s Division of Developmental Medicine within the Department of Pediatrics, made the sweeping statement that “socioeconomic status is the most powerful predictor of disease, disorder, injury, and mortality we have.”2 Impoverished adults live seven to eight fewer years than those who have incomes four or more times the federal poverty level, which is $11,770 for a one-person household.2 An analysis of studies measuring adult deaths attributable to social factors found that, in 2000, approximately 245,000 deaths were attributable to low education, 176,000 were due to racial segregation, 162,000 were due to low social support, 133,000 were due to individual-level poverty, and 119,000 were due to income inequality. The number of annual deaths attributable to low social support was similar to the number from lung cancer (n = 155,521).3

According to Dr. Boyce, the stress and adversity of poverty may be its most toxic component, impacting multiple systems in the body.2

We know that kids growing up in poverty are more exposed to toxins, noise, turmoil, and violence. These exposures damage the capacity of the brain to develop optimally.

And the biological changes from these social determinants of health can last well into adulthood; high levels of stress hormones can lead to changes including loss of brain cells, damage to cell connections, and enlargement or shrinking of certain parts of the brain.4 Research illustrates a strong link between low socioeconomic status and poor health.2,3

However, the groundbreaking research that uncovered the link between childhood stress and adult disease had nothing to do with socioeconomic status.5 The 1998 survey of over 17,000 mostly Caucasian, college-educated Californians published by the Centers for Disease Control and Prevention and Kaiser Permanente found that nearly two-thirds of the San Diego patients had at least one adverse childhood experience (ACE), and one in eight had four or more. There was a strong and direct correlation between the number of ACEs and poor health in adulthood—the higher the number of ACEs, the higher the risk of disease.5 People who had four or more ACEs were twice as likely to have heart disease, twice as likely to have cancer, and almost four times as likely to suffer from emphysema or chronic bronchitis. Later research showed that people with six or more ACEs died nearly 20 years earlier than did those with none.4

Traumatic events are common worldwide; a 1995 study found that in the US, at least 15% of the population reported to have been molested, physically attacked, raped, or been involved in combat.6 Adults and children living in inner cities, however, are particularly vulnerable to the effects of toxic stress, and urban violence may even result in post-traumatic stress disorder (PTSD).7 People with PTSD may have serious problems in carrying out a host of neurological functions. The degree of impairment is determined not only by the severity of their PTSD symptomatology, but also by the age at which the trauma occurred, the length of time that the traumatic event lasted, and the degree of social support that the individual received.7

A variety of treatments have the potential to ameliorate the impact of stress by inducing the relaxation response (a state of decreased sympathetic nervous system activity that opposes the stress response), including meditation, yoga, progressive muscle relaxation, guided imagery, and biofeedback.8 Mindfulness-based stress reduction or mindfulness-based cognitive therapy may also be beneficial; studies suggest decreased anxiety, improved mood, relief of psychological distress, and strengthened well-being.8

Intensive stress training and a 10-week cognitive-behavioral stress management intervention was shown to make a significant difference in the psychological outcomes of 114 black breast cancer survivors.9 Black breast cancer survivors report several unique concerns, including concerns about keloid scarring and the unavailability of prosthetic devices that match skin tone, while sharing many of the issues that plague breast cancer survivors in general, such as distress, anxiety, fatigue, and sleep disruption. In a 2014 randomized trial, there was a 95% retention rate from baseline to six-month follow-up. Participants showed statistically significant improvement on indices of psychological well-being, including overall quality of life, intrusive thoughts, depressive symptoms, and stress levels.9

Mindfulness-based stress reduction (MBSR) is another intervention that may be an effective treatment modality for conditions involving stress, anxiety, and depression.10 Data (from a small group of patients who completed a short-form mindfulness-based stress reduction course at a federally qualified health center) suggest that even an abbreviated MBSR course can reduce anxiety and improve quality of life in an underserved population.10 Low-income women with trauma histories are a particularly vulnerable and underserved population, in part due to other cumulative and enduring life stressors such as poverty, racial discrimination, and family instability that often compound the psychological and physiological burden of trauma experiences.11 A 2013 study supports the feasibility of using MBSR with a primarily low-income African American female population with PTSD and a history of intimate partner violence and chronic trauma. “By appealing to an underserved population that is unlikely to seek out or receive traditional mental health services, MBSR raises awareness and acceptance within a group of women with trauma-related symptoms,” write the study’s authors.11

The negative effects of stress underlie nearly all primary care visits and disproportionately affect underserved communities. Functional Medicine clinicians utilize comprehensive, personalized patient assessments and a range of innovative treatment strategies to unravel and transform stress and its associated conditions. By learning to address the underlying causes of stress, you’ll not only help your patients return to health but also teach them how to modify their lifestyle when times of anxiety resurface.

the 2019 annual conference explored the themes of stress, pain, and addiction – explore the proceedings to learn more

How Healing Works, and What It Means for Health Care, with Wayne Jonas, MD 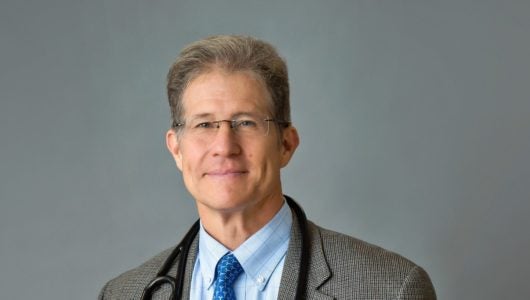 In the latest Ground Rounds lecture, Wayne Jonas, MD, executive director of Samueli Integrative Health Programs, discusses the determinants of patient healing within the context of today’s healthcare system. He explores a patient’s journey to wellness through an integrative healthcare approach.

Functional Medicine and the Importance of Team-Based Care 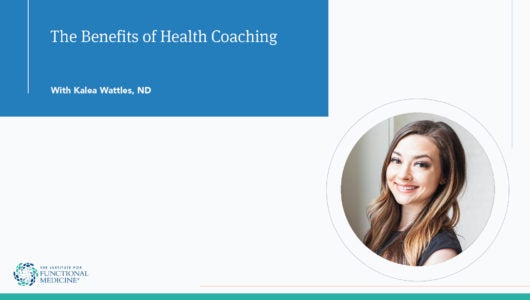 While it’s fairly common knowledge that a major aspect of good health is diet, how can clinicians help their patients embrace dietary changes and maintain them for the long-term? Many Functional Medicine clinicians are transitioning to team-based care with the integration of health coaches to help patients with sustainable lifestyle change. 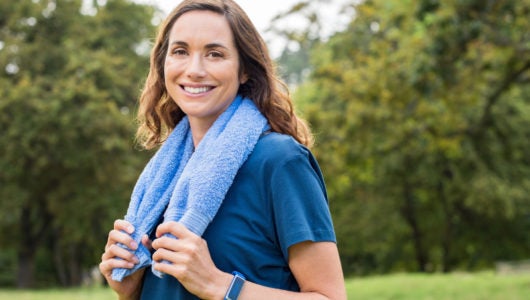 Treating fatigue may mean supporting the underlying energetic needs of cells. Symptoms may be manageable through lifestyle interventions, allowing patients to learn strategies that improve their quality of life.