IFM.org will be undergoing scheduled maintenance on January 19. Technical difficulties may cause delays or access issues to parts of the website. We apologize for any inconvenience.
×

Anxiety feels different to different people. Experiences can range from a racing heart to a restless mind, but for many, worry manifests in the gut. At these times, anxiety seems as physical as it is mental. This is due, in part, to the fact that different systems in the body are connected and cannot be completely understood in isolation.1 The brain-gut connection is an example of this as the brain and the gut communicate with one another bi-directionally.2

In 2002, researchers found a strong association of psychiatric disorders (especially major depression, anxiety, and somatoform disorders) in 94% of irritable bowel syndrome (IBS) patients, pointing to the role of psychological factors in the etiology of IBS.3 Other research suggests that stress may contribute to or exacerbate gastrointestinal (GI) conditions such as inflammatory bowel disease and gastroesophageal reflux disease.4 So it might seem logical to deduce that approaches that improve anxiety (like cognitive behavioral therapy, biofeedback, meditation, and yoga) may also improve GI function, at least for those with GI disorders.

Over the past two decades, clinicians within the growing field of psychogastroenterology have been focused on the application of scientifically based psychological principles and techniques to help alleviate digestive symptoms.1 Some research suggests that some mind-body therapies may decrease the body’s stress response by dampening the sympathetic nervous system, enhancing the parasympathetic response, and decreasing inflammation in general.5

A relatively large body of medical literature exists describing the association of psychological factors with functional GI disorders (FGIDs), including increased psychological distress, somatization, stressful life events, history of sexual and physical abuse, and maladaptive coping.6 Integrating psychological therapies as well as treatment modalities such as nutrition, physical therapy, or lifestyle modification may improve patient outcomes.6 These mind-body therapies are defined as “focusing on the interactions among the brain, mind, body, and behavior, with the intent to use the mind to affect physical functioning and promote health.”7

Research suggests that psychological interventions like cognitive behavioral therapy (CBT) may be effective for IBS symptoms and FGIDs (IBS, functional constipation, functional dyspepsia, and others like fecal incontinence).6,8-10 The causes of FGIDs are thought to be multifactorial and explained by a biopsychosocial model, which implies complex interactions between the brain, the gut, and the environment.6

Biofeedback has been associated with decreased symptoms in children with functional dyspepsia and in adults with constipation.11,12 As well, two meta-analyses support the efficacy of both biofeedback and CBT for IBS.9,13 Treatment outcomes are often correlated with the number of sessions a patient receives, being less effective with fewer sessions. However, a randomized clinical trial in 2013 found that even a brief, five-week CBT psycho-educational group therapy intervention improved IBS symptoms, and many of the improvements were maintained at a three-month follow up.10 The results from this study were similar to landmark studies published in 2010 on utilizing CBT to improve both IBS symptoms and quality of life.10,14

Yoga is an ancient mind-body therapy that combines physical postures (asanas), breathing techniques (pranayama), and relaxation or meditation in order to balance the mind and body.7 The word yoga, in Sanskrit, is “yuj,” meaning to unite the mind, body, and spirit (kavuri). The relaxing and calming effects of savasana (total relaxation) and pranayama (breath control) have been widely studied and reported.4 Research suggests that yoga practices may reduce the inappropriate activation of the autonomic nervous system; clinical trials on IBS patients have suggested abnormalities in autonomic function and psychological profiles.4

A two-month randomized control study evaluated the effect of mixed surya nadi pranayama yoga postures and select breathing techniques in 21 patients with diarrhea-predominant IBS and found that yoga was at least as effective as loperamide in reducing both anxiety and motility scores in IBS patients.15

Mindfulness-based therapy for IBS patients is based on mindfulness-based stress reduction (MBSR).16 This multi-component approach uses mindfulness skills, such as knowledge over breathing process, conscious eating, and other daily activities, and may lead to reductions in IBS symptoms. “When patients focus on the present moment experience, it is possible to accept pain as a feeling for which they have no definition,” writes Fatemeh Ghandi, in a report on a 2018 randomized clinical trial. “This way, people may understand and experience thoughts and feelings for which they have no definition and, therefore, they can be less controlled by pain, anxiety, and depression.”16

Results from the clinical trial suggest that MBSR improved the quality of life and reduced symptoms in 24 patients with IBS.16 Furthermore, in comparison with emotion regulation treatment, mindfulness group therapy had a greater effect on quality of life, mindfulness components, anxiety, and experimental avoidance, and it reduced irritable bowel syndrome symptoms in the long- and short-run.16

Modern science continues to accumulate evidence demonstrating what ancient healing traditions have known for centuries: the GI tract has a central role in chronic, systemic disease. Given the strong mind-body/brain-gut connection, it is clear that when the normal integrity of the GI tract is compromised, distant systemic complaints can result, even in the absence of overt GI symptoms. Integrative approaches may be helpful for reducing symptoms and reestablishing a healthy gut and a healthy mind.

What is the IFM framework for treating GI issues?

New research in the field of neurogastroenterology 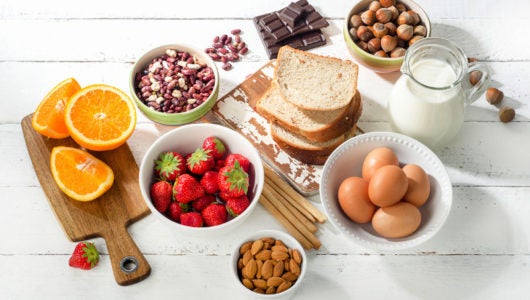 Mucosal integrity and microbiome support can resolve symptoms that may not initially seem GI-related. 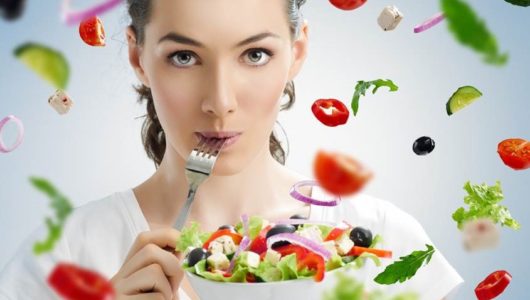 The gut-brain axis is the bidirectional communication between the gut and the brain, which occurs through multiple pathways that include hormonal, neural, and immune mediators. Interestingly, the signals along this axis can originate in the gut, the brain, or both, with the objective of maintaining normal gut function and appropriate behavior.