Metabolic syndrome and diabetes continue to trend upward worldwide, and more than one third1 of Americans meet the criteria for metabolic syndrome. According to National Health and Nutrition Examination Survey (NHANES) data from 2011 to 2016, while metabolic syndrome prevalence remained high for those 60 years or older, significant increases were observed among young adults (from 16.2% to 21.3%), women (from 31.7% to 36.6%), Asian individuals (from 19.9% to 26.2%), and Hispanic individuals (from 32.9% to 40.4%).1

What can account for this increase? In the following video, IFM educator Robert Rountree, MD, talks about the rise in incidence of diabetes and metabolic syndrome and the relationship to toxic chemical exposures:

A growing line of research points to persistent organic pollutants (POPs) as a contributing factor in the increased rates of metabolic syndrome.2 POPs are a class of toxicants present in water and transportable by wind. The name is apt, as they persist for years and can accumulate throughout the food chain. POPs are produced intentionally for agricultural or industrial applications, and they can also be byproducts of industrial processes and of incineration of certain items. POPs can be absorbed when consumed, which is especially dangerous for people who consume large amounts of animals high on the food chain.3

Studies suggest that POPs may impair metabolic homeostasis4 and may be correlated with insulin resistance and type 2 diabetes.5–10 For example, populations who eat more marine mammals have higher serum levels of POPs and higher rates of metabolic syndrome and diabetes.11 A 2018 study suggested that in morbidly obese individuals, metabolic syndrome is related to circulating levels of the POPs organochlorine pesticides (OCPs) and polychlorinated biphenyls (PCBs).4 The authors proposed that these compounds may aggravate clinically relevant complications of obesity.4

Another study found that POPs are not only implicated in the complications of overweight or obese individuals but may also impair the metabolic functioning of those who are considered “normal weight.”12 Published in Diabetes & Metabolism, a small study found that increased serum POP concentrations may play an important role in the development of unhealthy metabolic phenotypes in lean people.12 Another study with over 1,300 patients supported the hypothesis that POP concentrations are associated with unhealthy metabolic phenotypes, not only in obese and overweight individuals, but also potentially more strongly in “normal-weight” individuals.13

Evidence suggests that prenatal exposure to POPs may be a risk factor for metabolic syndrome development during childhood14 and have long-term health consequences.15,16 POP exposure is widespread and can even happen with healthy dietary sources like fruits and vegetables.17 High seafood consumption, living in a home with carpeted floors, and consuming preheated packaged foods also increase exposure to certain types of POPs (perfluoroalkyl and polyfluoroalkyl substances, or PFASs).18 The breadth of potential exposures to POPs like PFASs make it difficult to completely avoid them.19

Although epidemiological studies have demonstrated that POPs could lead to metabolic syndrome, the mechanism had remained unclear until recently. In 2020, researchers put forward the hypothesis that the dysbiosis of gut microbiota and the lipid metabolome may be involved in the pathophysiology of metabolic syndrome. A study published in Chemosphere suggests that dichlorodiphenyldichloroethylene (DDE) exposure increases body weight and fat content and impairs glucose homeostasis, increases gut dysbiosis as indicated by an increased Firmicutes-to-Bacteroidetes ratio, and causes alterations to the plasma lipid metabolome.20 The study provided novel insight into the underlying mechanisms of POP-induced obesity and diabetes, suggesting that the gut microbiota may be one of the targets.

Risks When Dealing With POPs

Detoxifying the body of POPs, many of which are fat-soluble and collect in adipose tissue, can be challenging. Weight loss can liberate toxins from fatty tissue, increasing blood levels and leading to a host of symptoms and eventual reabsorption of POPs. Therefore, eliminating these pollutants requires excreting the contaminants from fat and bypassing enterohepatic recirculation.21

In some patients, there may be adverse health risks when POPs are released from adipose tissue. A 2018 paper on OCPs posed the concern that weight gain may enhance the uptake of circulating OCPs into adipose tissue.21 Further, with obesity linked to dysfunctional adipocytes, midlife obesity may increase dementia risk through a consistent release of those OCPs into circulation.21 A 2021 study that monitored 100 morbidly obese patients who received bariatric surgery reported that circulating levels of POPs, including OCPs, PCBs, and brominated flame retardants (BFRs), increased progressively after surgery.22 The patients’ weight loss averaged 30% of initial body weight one year after surgery, and at that time, the circulating levels of POPs reached an increase of between 30 and 139%.22

Recognizing a patient’s ongoing exposure to toxicants and helping avoid such exposures if possible is a potential first step for reducing overall toxic burden. Treatments such as dietary approaches that include consuming more fruits and vegetables rich in antioxidants, anti-inflammatory nutrients, and fiber help to support liver biotransformation as well as promote increased mobilization and efficient elimination of toxic compounds. Probiotics, such as Lactobacilli, have been highlighted in primarily animal research studies for their promising ability to reduce accumulation and toxicity of some contaminants such as heavy metals and pesticides by inhibiting intestinal absorption of those toxic compounds.23

As the research continues to accumulate, understanding the triggering and mediating roles that toxicants may play in metabolic disorders and diabetes becomes increasingly relevant. For patients with diabetes or insulin resistance, evaluating their exposure history to POPs may provide important clues. Learn more about how toxicant exposures might affect the health of your patients at IFM’s Environmental Health Advanced Practice Module (APM).

Health Effects of Herbicides and Insecticides 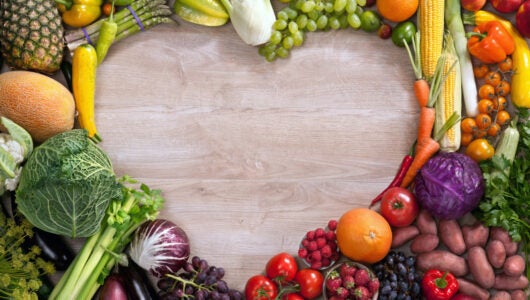 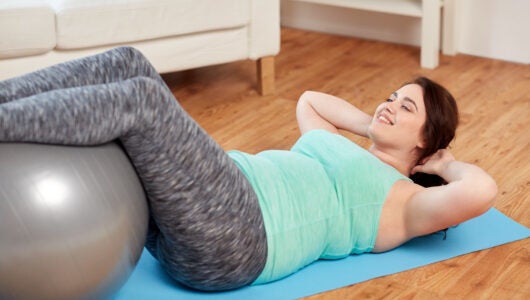