Sleep is essential for mental, physical, and emotional well-being. In addition, adequate sleep promotes healthy immune function by bolstering the body’s response to stress, helping to fight off possible infection, and potentially minimizing the risk of illness. Even with the demonstrated value of sleep, nearly one-third of adults in the United States report short sleep, or sleeping less than seven hours per night.1 An increasing trend of self-reported short sleep notably started in 2013, and this trend was more pronounced among African-American and Hispanic adults.1 In 2018, however, the National Sleep Foundation’s survey suggested a potentially positive trend. While sleep duration reporting was consistent with previous results, sleep quality showed some improvement, with an increased number of people feeling well-rested.2

While there are indications that more US adults have an increased awareness of sleep’s benefits for better health,2 for some patients, sleep quality and habits are not ideal, and they may feel tired throughout the day. And fatigue isn’t the only consequence of a poor night’s sleep. Adults who sleep less than seven hours per night are more likely to report 10 chronic health conditions, including depression, arthritis, diabetes, and asthma.3

A Deeper Dive Into the Cell – Mitochondria

Over the past several years, researchers have begun to examine what happens at a cellular level when the body is deprived of sleep. Some studies suggest a connection between limited sleep and oxidative stress, pointing to mitochondria as a possible target of the physiological effects of sleep deprivation.4-6

Mitochondria, the cellular source of energy production, play an important role in cellular energy metabolism and homeostasis via generation of several metabolites, including ATP. Acute and chronic stressors influence various aspects of mitochondrial biology, and chronic stress exposure can lead to molecular and functional recalibrations among mitochondria.7 Mitochondria have a potential role at two levels: as a target of stress and as a mediator of stress pathophysiology,7 suggesting that one of the biological functions of sleep may be to protect against oxidative stress.5-8

Over the years, a growing body of evidence has emerged suggesting that energy metabolism and cellular antioxidant mechanisms defending against oxidative damage are coordinated by the circadian clock, the mechanism that keeps bodies attuned to the day/night cycle.9

In 2018, a study using a combination of in-vitro and in-vivo models of human skin fibroblasts and mice established a molecular link between circadian control of mitochondrial morphology and oxidative metabolism.9 Also in 2018, researchers used the fruit fly Drosophila melanogaster (which shares many key characteristics with mammalian sleep) to measure how mitochondria function under sleep deprivation.4 Analysis showed that sleep deprivation affected mitochondrial bioenergetics capacity, decreasing respiration and oxidative phosphorylation.4

Clearly, sleep is a physiological necessity, and being deprived of it has many deleterious health effects. How can clinicians help their patients get more rest and limit the maladaptive mitochondrial changes that occur during states of stress?

Certain nutrients have been shown to protect against oxidative damage to mitochondria, including:5

In addition, dietary sources of melatonin may promote improved sleep quality. A 2020 review evaluated randomized placebo-controlled trials conducted through 2019 that assessed sleep quality and the intake of two melatonin food sources, milk and cherry juice, in children, adults, and elderly participants.11 While only eight studies dated through 2017 met the inclusion criteria, the analysis suggested that food sources of melatonin may promote healthy sleep.11 One specific study in the review found that after participants in the test group consumed tart cherry juice concentrate for a seven-day period, their total urinary melatonin content significantly increased, and they reported a significant increase in sleep duration and sleep quality.12

A 2019 systematic review and meta-analysis of 49 studies covering 4,506 participants found that mind-body therapies can be effective in treating insomnia and improving sleep quality for both healthy individuals and patients.13 The tested therapies included:13

The therapies resulted in statistically significant improvement in sleep quality and reduction in insomnia severity, but they did not have a significant effect on sleep quantity measurements. Also of note, the researchers found that qigong had a slight advantage over tai chi in the improvement of sleep quality.13

A 2020 study investigated the benefit of qigong exercise, specifically Baduanjin qigong, on self-reported sleep quality and quality of life for elderly adults who regularly experienced sleep disturbances.14 Of the 139 participants, those in the treatment group completed a 45-minute exercise session five times per week for 24 weeks while those in the control group maintained their usual lifestyle.14 At the end of the 24 weeks, per self-reporting, the treatment group noted significant improvements in overall sleep quality compared to the control group.14

For many, sleep is the cornerstone for leading a healthy, joyous life, and yet sleep often goes unaddressed. Screening for sleep disorders is encouraged as a regular practice in functional medicine, and there is a range of effective lifestyle interventions for patients suffering from poor sleep. Gain new tools for evaluating and personalizing treatments for sleep dysfunctions at the Bioenergetics Advanced Practice Module. Learn more about sleep and the underlying causes of fatigue in the following IFM-authored articles.

Sleep dysfunction and the importance of relaxation 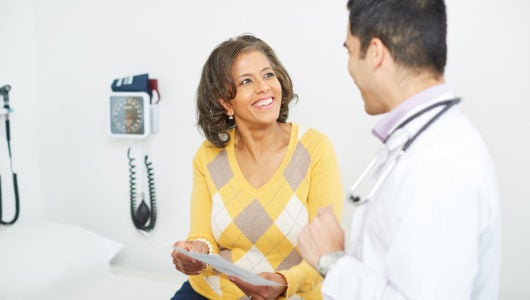 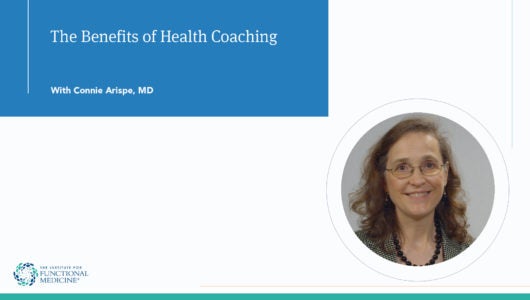 How to Utilize Health Coaches in a Functional Medicine Practice 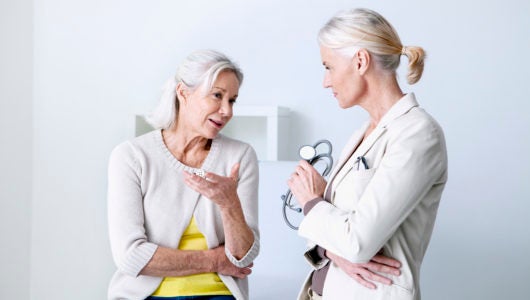