New strategies for combating autoimmune diseases are being diligently sought as increasing numbers of old and young fall prey to them. Genetic and environmental factors have long been understood to trigger autoimmune disease. In 2000, researcher and clinician Alessio Fasano, MD, proposed a third element—intestinal permeability,1 commonly known as leaky gut.

Dr. Fasano discovered a protein, zonulin, which is released in response to a genetic or environmental trigger. He suggested that it may be a defensive measure, a means to flush the small intestine of offending microorganisms.2 In its uncleaved state, the protein alters the structure of intestinal epithelial tight junctions (TJs).2 Weakened TJs allow the passage of antigens—macromolecules, toxins, food proteins, or other—from the gut into the body: intestinal permeability. Fasano presents zonulin as a master regulator of intestinal permeability that opens the door to several chronic inflammatory conditions.3

Belgian researchers concur with Fasano’s research, noting that the intestinal epithelium is a “crucial regulation site of innate and adaptive immunity.”4 Zonulin is found in abundance in rheumatoid arthritis, systemic lupus erythematosus, irritable bowel syndrome, and other autoimmune diseases.4 Using zonulin as a biomarker for leaky gut, University of Florida researchers recently linked its presence to age-related inflammation and frailty (decreased muscle strength).5 Strategies to reduce zonulin should lead to improved outcomes in our growing senior population by supporting a healthy aging process.

Understanding the role played by zonulin in the development of celiac disease also presents a treatment pathway, such as a drug to suppress the release of zonulin. For example, researchers at the Mayo Clinic report favorable in vitro studies showing the efficacy of a synthetic peptide (discovered by Fasano), AT1001 or larazotide acetate, in regulating gut permeability.6

In addition to certain bacteria, gliadin is also a major trigger that causes the release of zonulin.2 In response to this fact, Italian researchers successfully used the probiotic Lactobacillus rhamnosus GG to inhibit gliadin from altering intestinal permeability.7 This research contributes to a growing body of evidence showing the efficacy of healthy bacteria in treating the chronic inflammation implicated in autoimmune diseases.

Counteracting the factors that lead to autoimmune disease—the triad of intestinal permeability, genetics, and environmental factors—may require multipronged treatment. If successful, this approach could not only mitigate symptoms of autoimmune disease, but in many cases, lead to disease reversal.

View the Solving the Puzzle of Autoimmunity: The Interplay of Gut, Genes, and Environment Conference Proceedings to explore clinical topics, like Fasano’s triad and the trajectory of autoimmunity, from IFM’s 2018 Annual International Conference.

Learn more about the conference proceedings 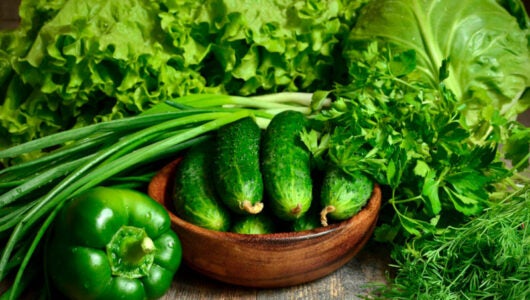