Irritable bowel syndrome (IBS) is associated with significant disease burden, with symptoms that have a profound negative impact on patients’ daily activities.1 It is a complex condition with many subtypes, including diarrhea-predominant IBS (IBS-D), constipation-predominant IBS (IBS-C), mixed diarrhea and constipation IBS (IBS-M), and unspecified IBS (IBS-U).2,3 Multiple underlying factors may contribute to an IBS diagnosis, including digestive insufficiencies, infections, adverse food reactions, and more.4 A number of potential therapeutic options may help patients with IBS, depending on their initial presentation and clinical recognition of the primary causes. Understanding the various factors that affect IBS development and symptom severity helps to inform more effective, individualized treatment plans.

Studies suggest that for patients diagnosed with IBS, the pathophysiology includes an altered gut microbiome, increased inflammation and intestinal permeability, and systemic immune reactivity.5 Research continues to evolve regarding the factors that contribute to IBS development and symptomology, and the following represent a sample of known primary causes and triggers.

Digestive imbalances and malabsorption issues may contribute to IBS development or exacerbate symptoms. For example, studies suggest that abnormal changes in bile acid (BA) metabolism have a close relationship with IBS3 and that BA malabsorption potentially predisposes patients to IBS symptoms such as loose stools and diarrhea.6,7 BAs are synthesized in the liver, then converted from primary BAs to secondary BAs in the intestine. Besides promoting the absorption of lipids during digestion, BAs play an important role in maintaining the homeostasis of gut microbiota and may significantly affect intestinal permeability and inflammatory response regulation.3 Even in those patients without overt BA malabsorption, BAs affect colonic transit time and fecal weight, strengthening the hypothesis that BAs play an important role in IBS symptomology.8 Accumulating evidence indicates that IBS-D is characterized by increased primary BAs and decreased secondary BAs,3,9 with higher primary BA levels associated with greater severity of diarrhea.10 A recent observational study noted that patients with IBS-C also had high levels of serum and amino-conjugated BA levels but decreased BA deconjugation activity compared to healthy volunteers.11 In addition, abdominal pain in both IBS-C and IBS-D patients was positively correlated with serum and fecal primary BA levels.11

Not surprisingly, a disruption in gut homeostasis is often observed in patients with IBS. A 2020 study of patients with IBS-D found that in addition to dysbiosis, the diversity of gut microbiota was also reduced in patients compared to healthy controls.9 Further, results from a small 2021 observational study suggested that the gut composition changes in patients with IBS may lead to alterations in bacterial functions such as bile acid transformation and the induction of inflammation.12

Research continues to show that acute gastrointestinal (GI) infection is a highly prevalent risk factor for IBS development. A large cohort study of military personnel recently found that an important antecedent for many cases of IBS was previous infectious gastroenteritis, which increased risk by two to three times versus controls.16 Pathogen type also influences risk, with protozoal agents demonstrating highest prevalence, followed by bacterial, then viral.17 A majority of post-infection IBS cases tend to be either mixed or diarrhea-predominant, and suggested disease mechanisms include dysbiosis, mucosal barrier dysfunction, immune dysregulation, and neuronal hypersensitivity.17

Different than acquired infectious agents, pathobionts are commensal gut microbiota that are benign but have pathogenic potential under environmental pressures such as overuse of antibiotics, unhealthy diets, or exposure to toxicants.18,19 A perturbed microbiota may also promote overgrowth of these opportunistic pathogens that include bacteria, parasites, and viruses. They may release disease-triggering products that modify microbiota components, the mucosal barrier, and potentially immune functions such as pro-inflammatory T-cell-mediated responses.18 Research continues to investigate the connections between pathobiont mechanisms and IBS symptomology.

A significant number of patients with IBS report symptoms after ingesting certain foods. These foods often contain fermentable oligo-, di-, and monosaccharides and polyols (FODMAPs), lactose, fructose in excess of glucose, fructans, or gluten.20,21 Some patients who test negative for celiac disease may still trigger IBS symptoms by ingesting foods containing gluten, indicating an overlap between IBS and non-celiac gluten sensitivity.20 Insufficient degradation of gluten or other proteins such as casein may increase availability of undigested or un-neutralized particles, increase inflammatory triggers, and potentially activate innate immune reaction.21

Many lifestyle and environmental factors affect both the emergence and severity of IBS, including depression22 and psychiatric stress.16 Research suggests that negative emotions, such as anxiety, play a major role in GI functioning due to the bidirectional communication between the gut and brain.23 Some literature suggests that mood disorders may “cause” GI symptoms, but epidemiological data provide strong evidence that in subsets of cases, GI symptoms arise first and mood disorders occur later.24 A 2021 meta-analysis of 18 studies (n=7,095) investigated the prevalence of depression and anxiety among patients with different subtypes of IBS in addition to symptom levels.25 Results indicated that IBS-C had the highest prevalence of depression (38%) and anxiety (40%).25 And compared to healthy controls, patients with IBS-M, IBS-C, and IBS-D all had a high measurement of depression symptoms, with IBS-M associated with the highest severity of both depression and anxiety symptoms.25 The way in which emotions and feelings are related to gut homeostasis continues to be an area of intense research.

In addition to the primary considerations above, other factors may also be relevant in a patient’s development of IBS. For example, low vitamin D status has been associated with some GI disorders, including IBS.26 Genetic risk factors for IBS have also been proposed.27 Also of note, IBS triggers are mediators of increased intestinal permeability; therefore, for some individuals, IBS is a potential gateway for various systematic complaints and dysfunction.

As the causes and triggers of IBS continue to be elucidated, a variety of lifestyle interventions to restore a healthy microbiome and reduce gut permeability have been effective in IBS treatment strategies.28-30 For further reading on functional medicine approaches to treating IBS and symptom relief, see the following related article. Learn more about pattern recognition, diagnostic measures, and treatment plans for GI dysfunction while gaining new functional medicine tools such as the streamlined IBS Clinical Decision Tree at IFM’s GI Advanced Practice Module (APM).

Improve Patients’ Quality of Life With Lifestyle Interventions for IBS 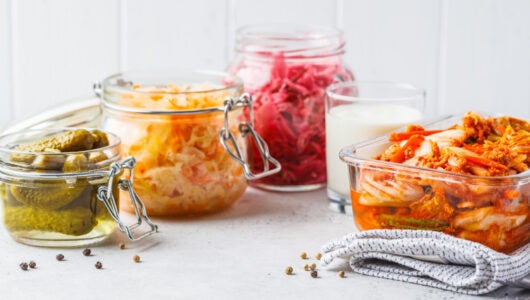 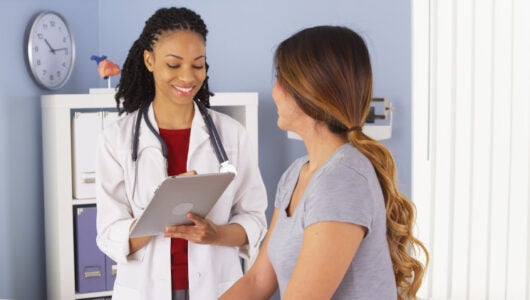