Sleep disruption can be precipitated by a wide range of conditions, and prolonged sleep disruption—or insomnia—can lead to a variety of negative health effects. During the COVID-19 pandemic, stress levels have increased dramatically, and patients may be struggling with extreme cases of insomnia. But stress isn’t the only condition underlying sleeplessness.

Nocturia (frequent nighttime urination) is a common underlying condition that interrupts sleep throughout the course of the night. Globally, nocturia tends to be under-recognized by clinicians; however, the condition may improve with personalized treatment. Although nocturia is prevalent in the population and worrisome for patients and clinicians alike,1 studies suggest that treatment can greatly improve health-related quality of life.2 Yet, according to one poll, 62% of Americans do not know that this is a medical condition with potential treatment, and, perhaps more concerning, 66% of sufferers polled had not talked to a doctor about their symptoms.3

Many patients view nocturia as a natural part of aging, which may account for the sometimes very low reports of visits to clinicians—for instance, in one study focused on female Taiwanese patients, only 13% saw a clinician to discuss their nocturia.4 This creates an opportunity for primary care providers to step in with personalized, preventative medicine for long-term health.

Several episodes of nighttime urination are more likely to occur in certain groups without any underlying renal challenges:

However, anyone may be affected by nocturia. Although definitions vary, most of the health effects are seen in patients who are waking up two or more times a night to urinate.10 As a multifactorial condition with many potential antecedents, triggers, and mediators, nocturia presents a challenge for personalized treatment.

Patients identify nocturia as a major source of sleep disturbance,11 and the condition is correlated with increased risks of a range of conditions, including:

In all likelihood, many of these correlations are due to the sleep disturbance associated with nocturia, particularly for early-night awakenings during slow-wave restorative sleep.19,20

Even in patients who report not being bothered by their nocturia, successfully reducing the number of nighttime awakenings improves overall health.21

Most sleep diaries do not include nocturia, but a commonly utilized tool in urology is a bladder diary. Studies show that prescription treatment for nocturia has low efficacy.22 Personalized lifestyle interventions may help to improve quality of life for these patients. Many patients will see symptom relief with simple modifications to liquid, caffeine, and alcohol intake, reductions in smoking, or exercise interventions.23-25 Some studies suggest that excessive sodium consumption may be associated with nocturia, and early experimental evidence in a small group of patients with high salt intake has shown reductions in nocturia.26 However, for others, underlying causes may not be as easily controlled.

What considerations may improve these patients’ quality of life?

Nocturia is one of the most frequent urinary tract symptoms in men with benign prostatic hyperplasia (BPH), also called prostate gland enlargement.27 BPH is very common, affecting 50% of middle-aged men and 90% of men over 80 years.28 Yet only a quarter of men with BPH go on to develop benign prostatic obstruction, and many men with BPH are symptomless. For these reasons, other common causes of urinary tract problems need to be considered even if BPH is present.28 Over the years, treatment guidelines for benign prostatic hyperplasia have evolved, and surgery is rarely a frontline intervention anymore.28

The European Association of Urology’s guidelines for treatment of BPH recommend that clinicians “offer men with [lower urinary tract symptoms] lifestyle advice prior to or concurrent with treatment.”29 Since “watchful waiting” is recommended for many men,29 lifestyle recommendations may be highly important for health-related quality of life. This is particularly true because the evidence for pharmacologic treatments is limited, as a large 2019 systematic review and meta-analysis concluded.30 The review also found the evidence for lifestyle interventions limited, but many lifestyle interventions have extremely low risk and can improve many aspects of health.

In one systematic review, the authors estimated that 10% of BPH patients treated with 5-alpha reductase inhibitors had adverse sexual effects, and although for most men the prostate became smaller, the effect was “modest.”32 The most common side effect of 5-alpha reductase inhibitors is impaired sexual function, and it can be “debilitating,” so much so that some researchers recommend providing counseling before their use.33 Alpha blockers, which are often also prescribed to improve urine flow, also have sexual and other adverse effects.33

If liquid intake and smoking have already been considered, next steps can include:

Sleep apnea alters the production of anti-diuretic hormone, causing more frequent urination.38,39 With aging, nocturia becomes more likely. However, age also increases the risk of sleep apnea. The connection between sleep apnea and nocturia is so strong that one article in the World Journal of Urology was titled “Obstructive sleep apnea syndrome should always be screened in patients complaining of nocturia.”9 In an Indian population, one study found that in patients with obstructive sleep apnea, 86% had hypertension, 59% were diabetics, and 80% experienced sleep disturbances, including nocturia.40 A 2020 meta-analysis suggests that men with obstructive sleep apnea (OSA) have a high incidence of nocturia; however, there was no significant relationship between OSA and nocturia in the women included in the studies.41

In women, menopause without hormone replacement therapy dramatically increases the likelihood of sleep apnea42 and sleep disorders in general.43,44 However, sleep apnea tends to be more common in men, with some older male populations having as high as 90% prevalence.45 In one urology clinic, assessment revealed that 90% of the patients with nocturia had sleep apnea; CPAP treatment reduced nocturia significantly in patients who had been resistant to other therapies.46

In other contexts, correction of the sleep apnea also reduces nocturia.47-50 To adequately address patients with either sleep apnea or nocturia, assessment for the other condition should be high on the list of priorities.

Treatment of sleep apnea also reduces high blood pressure,51-53 which has been tied to nocturia as well. Whether nocturia alters blood pressure or hypertension increases nocturia is not entirely clear in the literature, but a connection has been established.54,55 In particular, it’s been suggested that when blood pressure does not dip at night in patients who perceive themselves to have poorer quality sleep, this may be related to nocturia.56 The variability of nighttime BP dipping metrics make that sign a challenge to use diagnostically,56 unlike tracking nocturia itself. An increase in the number of nighttime voids is correlated with circadian blood pressure abnormalities.54

Furthermore, BPH and hypertension may both be related to diet-induced hyperinsulinemia.57,58 A diet high in processed and high glycemic foods can cause insulin resistance and hyperinsulinemia. The renin-angiotensin-aldosterone system is altered. Insulin alters the sympathetic nervous system at the same time. All of these elements that can underpin development of BPH are also linked to hypertension.57 Shifting to a healthier diet may thus reduce BPH as well as hypertension.

Patients with hypertension are more likely to also have nocturia.59,60 In men with benign prostatic hyperplasia and hypertension, nocturia is much more common.61 This suggests that treatment of hypertension could beneficially affect not only cardiovascular health risks, but potentially nocturia symptoms. In at least one community study, focused on black men aged 35-49, nocturia was significantly correlated with undiagnosed, uncontrolled hypertension.62

Importantly, cardiac risks are elevated for women with nocturia.63 Like in men, nocturia in women can occur at any age, and can be a hallmark of an underlying condition or a standalone symptom.

Researchers have proposed that lower urinary tract symptoms in men with BPH, erectile dysfunction, and metabolic syndrome may have common underlying pathophysiology.72

To support patients’ cardiovascular health, a nighttime bladder diary may be a useful tool.

Sleep dysfunction & the importance of relaxation

Why stress matters for hormone concerns 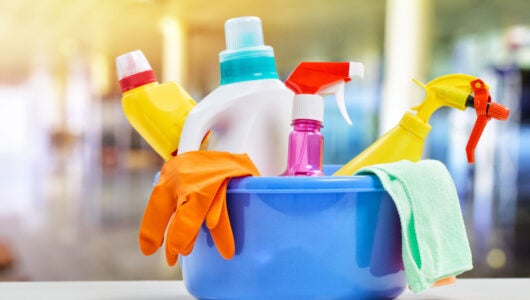 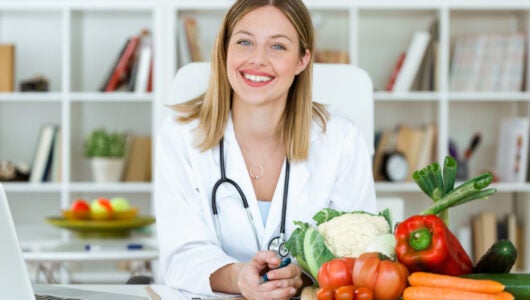 Remote Health Devices and the Future of Health Care