In the following video, IFM educator Monique Class, MS, APRN, BC, describes the research around social isolation, mortality, and health. As an emerging field, social genomics has enormous implications for lifestyle prescriptions and preventative medicine.

I’m going to talk about sociogenomics – how the social environment influences our genetic transcription. We experience ourselves as relatively stable biological entities. However, recent studies suggest that hundreds of genes can change their transcriptional stance as a function of the social environment. These just aren’t any genes, but these are genes that have critical implications for our health.

How does social stress get under the skin to limit longevity and mortality? That’s question number one. Then, what do we do as human beings to become more socially integrated? That’s the antidote for this.

Slavich, et al began to investigate the former and began to look at it, through micro-array based genome-wide transcription profiling, which is a long winded way of saying: taking a panoramic snapshot of the genome at any moment in time in relationship to the social environment to see what’s going on underneath the skin.2 We as human beings, have access to our thoughts and our emotions, but we don’t have direct access to what’s going on with our gene transcription.

Two hundred and nine genes differentially express themselves in people [and this activity shows the effects of] high versus low social isolation. Then when people were socially isolated, or had what they called targeted social rejection (meaning somebody breaks up with you specifically, or there’s not a whole layoff in your company, they fire you specifically) – targeted social rejection has a change in genetic profiling. It increases NF-kB and decreases inhibitory NF-kB.

They study this. They have many studies where they are looking at this. And in one of the studies they took adolescent girls at risk for depression (over two-and-a-half years) and brought them into a lab every six months and interviewed them to see what was going on in their social environment – before and after and throughout the two-and-a-half years. Through real time PCR, they were looking at NF-kB and inhibitory NF-kB.

What they found is when they came in and they were broken up with or they were left off Instagram, or they weren’t invited to a particular party, there was a rise in NF-kB and a decrease in inhibitory NF-kB.

They did multiple other studies supporting this. Then, what they asked themselves? “Well, does the brain respond to physical and social pain the same way?” What they did is something really interesting. They brought 20-year-old college students into a lab. They put three of them at a time in functional MRIs and they told them that they were going to play a virtual ball tossing game with each other. They all, right-handed, in their right hand had virtual ball tossing, and the first five-to-ten minutes they each got the ball 50% of the time. Then, they stopped sending one of them the ball. Within two minutes, the areas of the brain that would light up with physical pain lit up in the brain. They felt they were being rejected by the other people playing the virtual brain toss: the dorsal anterior cingulate cortex and the anterior insula.

I had this experience where I thought I was not invited to a party of one of my very good friends, and all my friends were invited, and I found out she mistyped my email, and I never got it, and she didn’t know. You know, I really was invited to the party. Just imagining the social rejection (that you are going to be rejected, that you’ve been left out) even if it actually doesn’t happen, has the same response on genetic transcription for changing NF-kB inhibitory and NF-kB and antibodies responses.

Then I looked at the literature and said, “Well, the wisdom of the body – if it has an anticipatory response in a negative way – it’s got to have an anticipatory response in a positive way.” I was looking through the literature and [researchers] had done this work in the ‘80s, showing that if you just told people that they were going to watch a really funny movie (they’re not even watching the movie) that they actually had an increase in beta endorphins just by thinking about the fact that they were going to watch a funny movie, but they’re not even watching it. [They saw] an increase in human growth hormone by 87%. They had a decrease in cortisol levels and epinephrine levels.

We, as human beings, can use the imagination – or the thought process of what’s going through the mind stream – for good, or for turning on or turning off different genes and different sets of chemicals in the body, just by what we think. 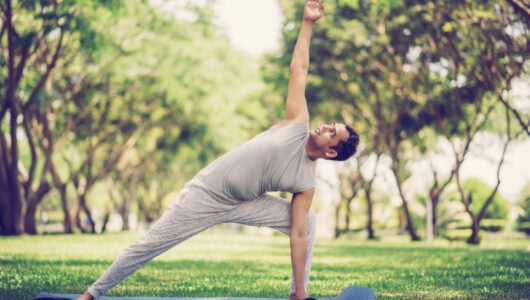 Flexibility for Improved Physiology and Health 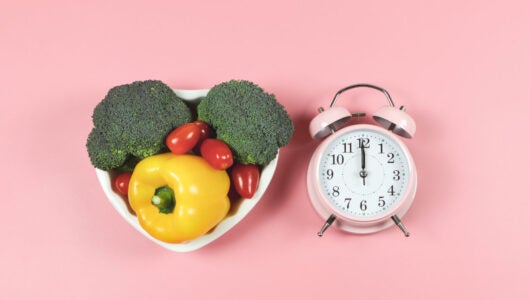 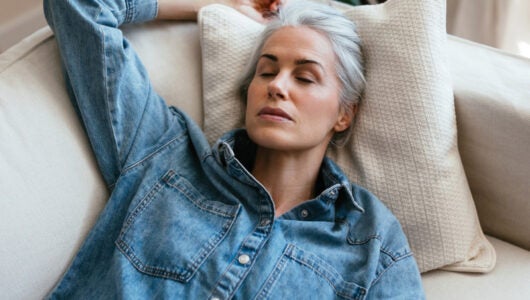