After suffering from ulcerative colitis for several years, a patient arrived at the clinic of Robert Rountree, MD. Dr. Rountree practices Functional Medicine, and his approach yielded good results with this patient – watch the video to learn more.

A few months ago, I saw a fellow who is in his early 30s who had had ulcerative colitis for many years. He came to see me because he had been to a gastroenterologist who told him he needed to be on a biologic drug. He looked at the side effects of the drug and was horrified because he realized one of the side effects included death. He said, “I’m not that sick.”

He was having a lot of diarrhea, was having bleeding in the stool, you know, all the typical symptoms. But it was manageable; he wasn’t deathly ill. He said:

“Why do I need to go on a drug that’s incredibly expensive that could potentially be very, very toxic to me?”

Part of the pathophysiology we think of [in] inflammatory bowel disease is that you get an imbalance of bacteria in your gut, and then your immune system overreacts to that imbalance of bacteria, not just one bad pathogen, but a mix of unhealthy bacteria. Your immune system reacts to that, sets off the systemic response, and then it becomes self-perpetuating.

I talked to him about things he could do to restore his microbiome using probiotics. In particular, healthy bacteria and using prebiotics, which are foods such as dandelion greens that can help rebuild bacteria by acting like fertilizer. I used a number of anti-inflammatory chemicals like fish oil, omega-3 fatty acids, flavonoids, Boswellia, and curcumin, which is found [in] turmeric. I put him on this whole program—and I want to stress this—at the same time I put him on a standard drug that’s used to treat ulcerative colitis called Mesalamine. I put him on the drug in addition to doing the dietary changes, the lifestyle changes, etc.

Within six weeks, he was basically asymptomatic. He had gotten back to his normal self.

The bleeding stopped, the frequency went way down, and he was ecstatic. He came back to see me and said, “This is amazing.”

Basically, what I told him is, “Well, it’s also common sense—we’re using evidence-based approaches that are built around this model of Functional Medicine.” I showed him how the timeline works. Here’s the timeline: you took antibiotics when you were a child, and then years later, you developed this problem. I think there’s a relationship.

I talked about the Functional Medicine Matrix: here is an imbalance in your immune system. You may have problems with detoxification, so toxic chemicals have built up in your system, and those two things can interact with each other. Here’s how we get that back into balance; here’s how we restore balance in your system … Ultimately, the long-term [goal] is to use these “adjunctive” therapies, to use diet, to use probiotics, to use anti-inflammatory chemicals from plants to try to get the situation under control. 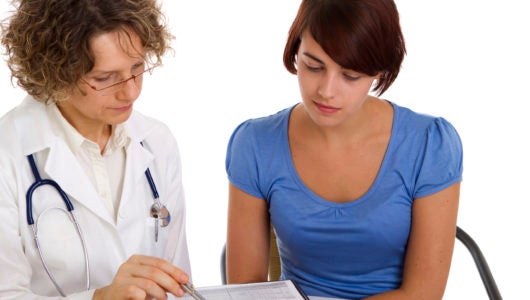 Research has revealed that stress and anxiety do not only impact the brain. In many cases, the microbiome plays a role in the body’s response to stress. Learn cost-effective strategies for dealing with stress and optimizing gut health and function.

Gut Health and the Immune Response

Supporting a healthy gut microbiome is essential for efficient immune system function. This is especially important during the COVID-19 pandemic for prevention and immune response to infections, as well as for recovery from illness. Learn more from expert researchers and speakers at IFM’s 2020 AIC. 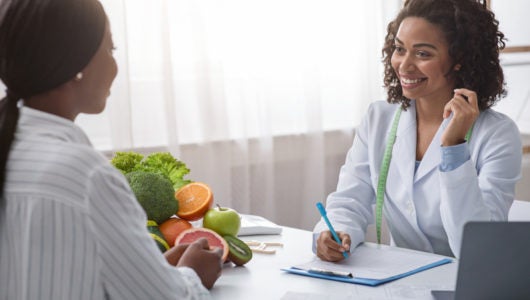 Taking an over-the-counter acid blocker for occasional heartburn symptoms may not be a big issue, but in practice, many patients with chronic reflux are prescribed acid blockers indefinitely. Research suggests that this long-term approach may have significant drawbacks.