Since the onset of World War II in 1939, autoimmune diseases have increased dramatically worldwide,1 encompassing more than 80 disorders.2 Collectively, autoimmune disorders are among the most prevalent diseases in the US; they are the third most common category of disease after cancer and cardiovascular disease, affecting approximately 5–8% of the US population, or 14.7 to 23.5 million people.3 Statistics show that an estimated 78% of people with autoimmune conditions are women,3 and that these diseases are among the top 10 leading causes of death for girls and women of all age groups.1

It is generally accepted that a common denominator in autoimmune disease is genetic susceptibility of the host immune system to misinterpret a benign environmental antigen as a threat.4 It is well known that the interaction between genes and the environment is fundamental to the immune response, but increasingly, research is validating a new paradigm in which genetic susceptibility coupled with increased intestinal permeability sets the stage for a specific environmental trigger. The trigger then causes a break in immunological tolerance and the onset of an autoimmune cascade.4

The intestinal epithelium is the largest mucosal surface in the body, and it provides an extensive interface with the external environment.4 Healthy, mature gut mucosa with intact tight junctions (TJ) serve as the main barrier to the passage of macromolecules into the gut. When the integrity of the gut barrier is compromised (TJ disassembly)—as is seen during prematurity or exposure to radiation, chemotherapy, and/or toxins—an immune response to environmental antigens that crossed the gut mucosa may develop, leading to autoimmune diseases.4

This complex interplay of genetics, environmental triggers, and intestinal permeability results in various autoimmune diseases that tend to look different depending on the antigens involved, and may thus be viewed as separate entities. However, a broader perspective calls for innovative therapeutic strategies aimed at reestablishing the intestinal barrier function and further examining of the specific environmental triggers that many of these conditions share.4

Scientists are now looking to food to explain the considerable increase in autoimmune diseases such as type 1 diabetes, Crohn’s disease, and multiple sclerosis, suggesting a link between the environment and autoimmune problems.1 In the past 50 years, food has undergone a considerable transformation; new strains of grain have been developed—especially in wheat, rice, soy, and corn. The ingestion of gluten is correlated with a higher risk of autoimmune disease and celiac disease (CD).4

CD is a unique model of autoimmunity in which a close genetic association with HLA genes and the triggering environmental factor (gliadin/gluten) are known.4 It is the interplay between genes (both HLA and non-HLA associated), the environment (i.e., gluten), and increased intestinal permeability that leads to the intestinal damage typical of the disease.5 Gluten increases intestinal permeability, which then allows more gluten to be absorbed into the bloodstream; in sensitive people, HLA presents gluten to the immune system and causes it to attack the intestine. In addition to gluten, tight junction leakage is enhanced by many components commonly used by the food industry, including glucose, salt, emulsifiers, microbial transglutaminase, and nanoparticles.5

Under healthy physiological circumstances, tight junction leakage is prevented by competent intercellular TJ.4 In susceptible individuals, the zonulin system is one of the main pathways that could be responsible for deregulating the TJ and perpetuating the autoimmune process. Zonulin is normally present in the intestines to increase the passage of fluids, macromolecules, and leukocytes, but this protein appears to be overexpressed in patients with autoimmune conditions, resulting in increased intestinal permeability.4

Studies show that gluten can modulate zonulin secretion.5 Once gluten is removed from the diet, serum zonulin levels decrease, the intestine resumes its baseline barrier function, and the autoantibody titers are normalized. The autoimmune process shuts off, and, consequently, the intestinal damage heals completely.5

Certain aspects of gluten intake may influence the risk of CD occurrence: the amount of ingested gluten and the quality of ingested gluten.5 Recent studies also suggest that the pattern of infant nutrition may play a critical role in the development of CD.5

Besides celiac disease, several other autoimmune diseases, including type 1 diabetes, multiple sclerosis, and rheumatoid arthritis, are characterized by increased intestinal permeability.4 This increase allows the passage of antigens from the intestinal flora or other luminal contents, challenging the immune system to produce an immune response that can target any organ or tissue in genetically predisposed individuals.5

The delicate balance between host and gut microbiota can be disrupted by a wide range of factors, including the use of antibiotics and the invasion of virulent microbes.6 In some cases, together with genetic factors, gut bacterial dysbiosis results in uncontrolled immune responses against gut microbes and can lead to chronic inflammation in the GI tract known as inflammatory bowel disease.6

Studies have shown that antibiotic use reduces bacteria of the genus Bacteroides and Bifidobacterium and leads to the growth of Campylobacter, Streptococcus, Leuconostoc, and yeasts like Candida albicans in the gut.7 A recent study showed that 75% of patients with new onset rheumatoid arthritis carried Prevotella copri in their intestinal microbiota. Furthermore, 37.5% of psoriatic arthritis patients also had Prevotella copri in their gut compared to 21.4% of healthy controls.7

One of the most surprising observations of the past decade is that immune responses in sites distant from the gut can also be regulated by gut microbiota, as in the case of autoimmune uveitis, a sterile inflammatory disorder affecting the retina and uvea.8 A 2016 study on the disease found that activated T cells were present in the gut before disease in the retina was apparent and concluded that commensal organisms can serve as a source of a cross-reactive antigen to a host that harbors autoreactive T cells specific to the retina and is therefore predisposed to develop autoimmune uveitis.8

TJ dysfunction allows the interaction between host and environment to take place, new therapeutic strategies for autoimmune diseases should be aimed at reestablishing the intestinal barrier function through nutrition and diet. Studies have shown that the gut microbiome can shift over a short period of time following dietary changes.9 Germ free mice that went from a low-fat, plant polysaccharide–rich diet to a high-fat, high-sugar Western diet showed changes to the microbiota in one day.10 Also of note: there was a significant increase in adiposity in mice fed the Western diet as compared to those fed the low-fat plant polysaccharide diet.10

Probiotic and other treatments that manipulate assemblage of the microbiome may offer methods of preventing or mitigating the effects of autoimmune disease.11 Studies have shown that a vegan diet tends to be associated with lower risk of hypothyroid disease.12

New insights into the mechanisms underlying autoimmune disease and the therapeutic strategies used to treat them continue to emerge in the scientific community. Functional Medicine recognizes the triad of genetics, environmental triggers, and intestinal permeability as being at the forefront of autoimmune disease research, and in many ways, the Functional Medicine model is specifically designed to address these factors. With its focus on understanding each individual’s unique genetics and environment—and the interactions between them—as well as its longstanding appreciation of the importance of the microbiome and intestinal permeability, Functional Medicine is perfectly positioned to help patients prevent and reverse autoimmune diseases.

View the Solving the Puzzle of Autoimmunity: The Interplay of Gut, Genes, and Environment Conference Proceedings to explore clinical topics, like autoimmune disease and intestinal permeability, from IFM’s 2018 Annual International Conference on autoimmunity. 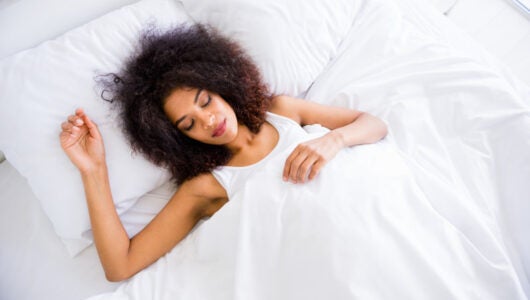 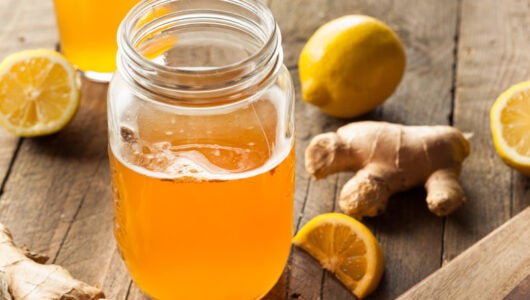 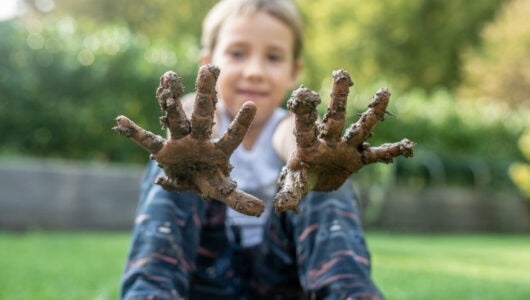